Send Us A Message

Since 1983, U.S. News and World Report has produced the "Best Colleges" list. This list ranks the quality of colleges and universities so that parents and students can make informed decisions about what schools will make a strong investment in their education.

The U.S. News and World Report’s ranking is only one of many, but it is the most well-known. The publication notes that these rankings should serve as only as one of several sources of information students should use when researching and selecting a university to attend.

There is a lot more to know about a university beyond its rank. However, ranking lists such as this one can provide a lot of good information. In this post, we will talk about how the authors of this list rank the schools on it based on their size and attributes. 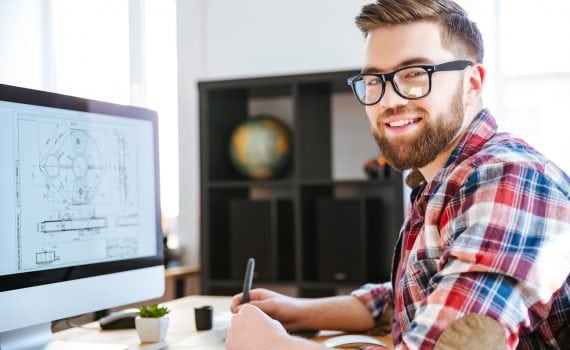 Because post-secondary educational institutions vary widely in their mission, size, scope, and structure, not all of these institutions are directly compared in the rankings. First, the colleges are divided into the following four groups based on a school’s size, scope, and. These groups that are roughly similar in terms of their goals as an institution.

After a school is classified by size and region, it is then assigned a rank within the four lists based on the following seven factors. Some factors are weighted more heavily in a school’s rankings than others–for instance, graduation rates and reputation play a far greater role in determining rank than the alumni giving rate.

Ranking for the most popular programs and worldwide participation

"The U.S. News undergraduate business school rankings are based solely on the judgments of deans and senior faculty members at peer institutions." (US News and World Report)

These judgments are obtained by asking deans and faculty of undergraduate business schools to rate the programs of other undergraduate business schools on a standardized survey. This same survey asks the respondents to nominate the top ten programs in each of several specialty areas, such as accounting or marketing. The rankings for these specialty programs are based on how often a given school is mentioned in these nominations.

"The U.S. News rankings of the undergraduate engineering programs accredited by ABET are based solely on the judgments of deans and senior faculty at peer institutions." (US News and World Report)

Similarly to the business schools, these judgments are obtained by surveying deans and faculty of undergraduate engineering programs.

"As an increasing number of students plan to enroll in universities outside of their own country, the Best Global Universities rankings – which focus specifically on schools’ academic research and reputation overall and not on their separate undergraduate or graduate programs – can help those applicants accurately compare institutions around the world." (US News and World Report)

Unlike the rankings for US best colleges, Global University Rankings do not attempt to focus on the quality of schools simply as either undergraduate or graduate institutions. Rather, the global rankings attempt to broadly assess the general reputation of the school as a whole as well as the research it produces.

The weights of ranking criteria are given in the chart below. This is the data directly from US News and World Report. Shown below are the indicators as of 2016. 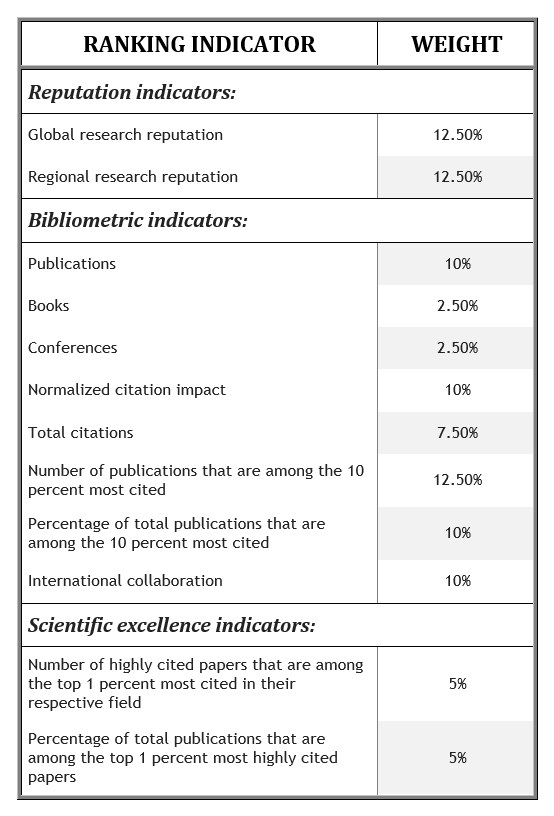 A quick note: When the authors refer to "normalized citation impact," this means:

"The total number of citations per paper…[which] represents the overall impact of the research of the university."2

Later, we will be looking at other ranking systems and other ways to determine whether a university is right for you.